Occasionally, the interests and laws of the kingdoms of this world and the Kingdom of God collide.  What should the citizens of God’s Kingdom do in such a case?  Bercot outlines seven principles regarding the Christian’s relationship to the state, discussing how we must obey the secular government unless its laws are in direct conflict with Christ’s laws.  Continued in When Persecution Comes.

Categories: The Christian Life, The Church, The Kingdom of God Tag: David Bercot

Be the first to review “When Kingdoms Collide” Cancel reply 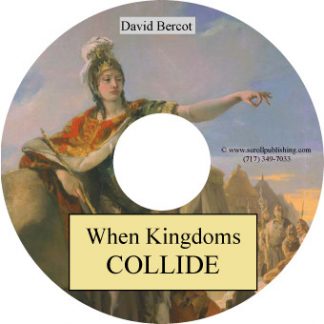 You're viewing: When Kingdoms Collide $4.95
Add to cart