Contains detailed histories of Amish settlements in the United States and Mexico which went extinct between 1840 and 1960, including six settlements not included in previous editions. Also includes a list of reasons settlements fail and a listing of 142 settlements that failed since 1960. Well indexed by subject and people’s names.

Be the first to review “The Amish in America: Settlements that Failed 1840-2019” Cancel reply 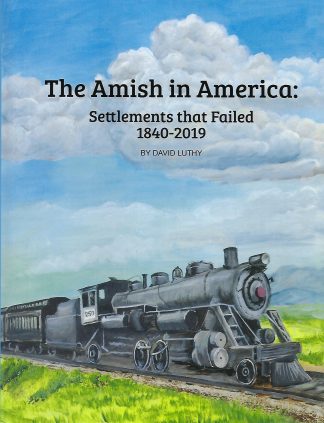