Continued from July 2014, this issue completes the series on the Boston nonresistance/Just War debate.  It covers some of the question-and-answer period from the debate as well as the closing statements.  Topics include “what-if” scenarios, the Rwanda massacre, the early church view on war, and more. 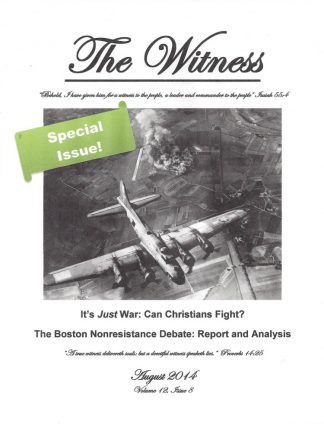