On March 8, 2014, an historic debate on nonresistance versus the Just War theory which occurred in Boston, Massachusetts.  Nonresistants David Bercot and Dean Taylor debated Just War theologians J. Daryl Charles and Peter Kreeft.  This issue of The Witness includes transcriptions of the four opening statements and the first part of the questioning, with additional commentary.  Part 1 of a series. 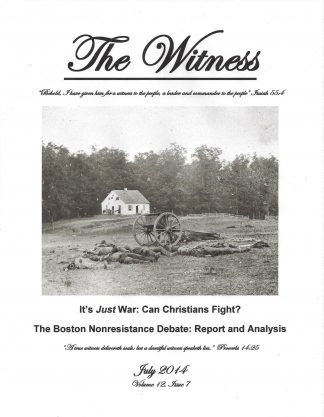