As a farmer, father, and church leader, Christian watched uneasily as anti-British attitudes bubbled up in the American colonies. As rebellion progressed to outright war, Christian stood by as the new colonial army confiscated his wheat and drove his cattle away to feed its soldiers. Then the newly formed government passed a law requiring them to swear loyalty to the state. What would be the consequences of refusing to obey? Could their people endure threats from neighbors, double taxes, heavy fines, and jail time? Based on historical characters, Loyalty Test describes the trials of a peaceful people in distressing times. A sequel to Hidden Riches.

Be the first to review “Loyalty Test” Cancel reply 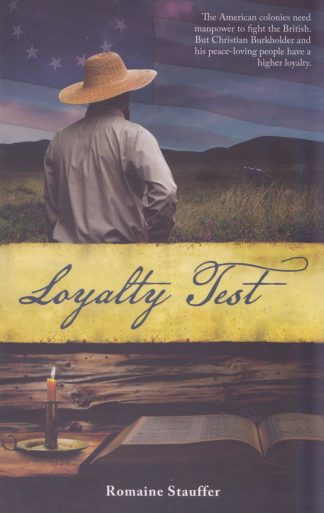