In the Fiery Furnace

A first-hand account of Christians who bravely suffered for their faith under Soviet communism. Johann and Elfriede Steffens’ Mennonite ancestors had moved to Ukraine and then to other areas that were later controlled by communism. The Russians confined Johann six times, about eighteen years total. They punished him with forced labor and then imprisonment for helping the Germans during World War II. Later they imprisoned him four more times for his Christian work, about eleven years and two months. This is the Steffens’ autobiography, translated into English.

Be the first to review “In the Fiery Furnace” Cancel reply 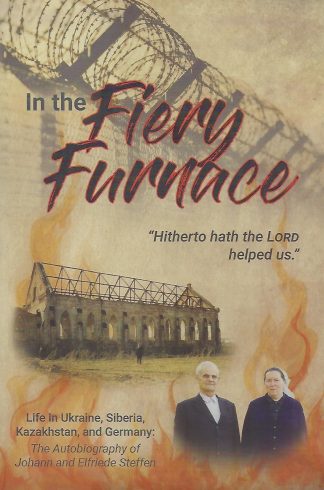