Twelve-year old Daniel Miller hardly knew how to feel about his parents’ plans.  Would they really cross the ocean to the land of William Penn?  What an exciting idea!

Yet Daniel, grandson of Hans Miller and son of Peter Miller, likes his snug home in the German Palatinate.  An ocean voyage looks scary.  And besides, what of his crippled friend, David Burkholder?  He would never be able to go, and Daniel, along with his older brother Aaron, cannot bear the thought of leaving him behind.  Story continued in Clyde the Rebel.

Other books in this series:

A Captain for Hans

Be the first to review “Follow Me” Cancel reply 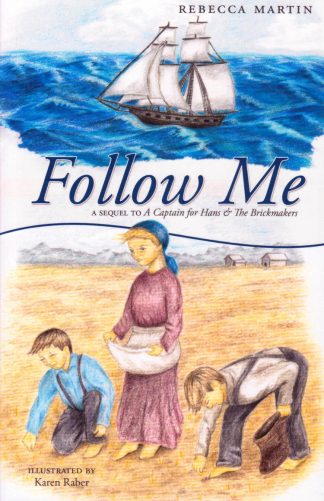