Eusebius' Ecclesiastical History (Church History) is one of the classics of early Christianity. Eusebius chronicles the events of the first three centuries of the Christian Church in such a way as to record a vast number of vital facts about early Christianity that can be learned from no other ancient source. When Eusebius (c. A.D. 260-340) wrote his Ecclesiastical History, his vital concern was to record facts before they disappeared and before eyewitnesses were killed and libraries were burned and destroyed in persecutions by Rome. He faithfully transcribed the most important existing documents of his day so that future generations would have a collection of factual data to interpret.

Be the first to review “Eusebius’ Ecclesiastical History” Cancel reply 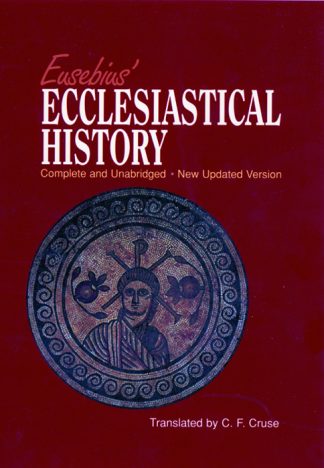