One of the most terrible days of the Revolutionary War was that on which the Gnadenhutten Massacre occurred – when nonresistant Moravian Indians were slaughtered by colonial militia.  This issue recounts this incident in detail as well as putting it in the context of missionary David Zeisberger’s life.  Part 6 of a series. 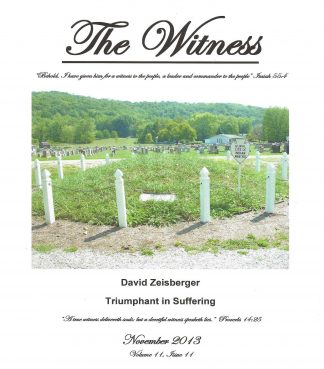