Though the sun still shone, the grass still grew, and people were still planting their fields, the world as Peter Miller knew it had changed. War had come. It is spring 1775, and the first shots of the American Revolution have been fired. How will those respond whose ancestors gave their lives for Christ two centuries earlier? Young Peter Miller sees his parents’ faith being tested by unreasonable officials. He watches the response of his Grandpa, Daniel, who still remembers the perilous trip across the ocean 60 years before. Peter meets testing too. When his friends make war sound glamorous—when his cherished colt is lost to the claims of war—when the family’s possessions are confiscated—he is confronted with the question: Will you be a soldier of Christ?  Story continued in Freedom’s Star.

Other books in this series:

A Captain for Hans

Be the first to review “Clyde the Rebel” Cancel reply 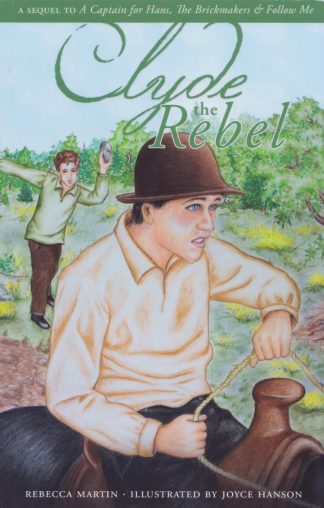