Clouds of war rolled over the Ephrata Cloister where the Martyrs Mirror was printed. A knock was heard on the door. It was the soldiers, and they demanded that unbound copies of the Martyrs Mirror be handed over for the military to use as gun wadding. Would a book that extols the virtues of nonresistance be conscripted into the military to be used to kill?  Second in The Great Book series.

A sequel to A Single Page.

Be the first to review “Clouds of War” Cancel reply 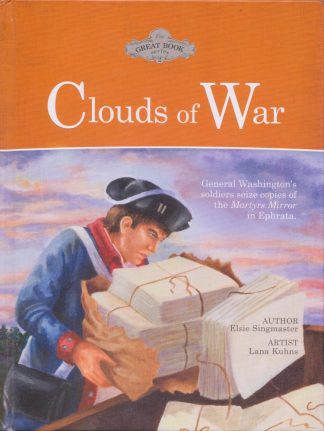