This book is an effort to convince Christians to faithfully obey Jesus’ commands to live nonresistantly and to love enemies. It reviews the scriptural foundations of Christian nonresistance, then considers God’s use of war, why wars begin, how wars are fought, and an examination of the impact of war on soldiers and civilians—including moral injury, PTSD, and the nature of combat.
The rest of the book consists of a destruction of America’s salvation myth by looking at America’s war crimes and the real reasons why America has gone to war. From its inception, America has fought wars for economic and territorial gain, at the cost of hundreds of thousands of lives. With readily available historical sources, this book shows that World War II was neither necessary, just, nor the “good war” that many believe it was.
Following Jesus’ nonresistant way is shown to be the only option for Christians.

Be the first to review “Christianity, War, and America’s Salvation Story” Cancel reply 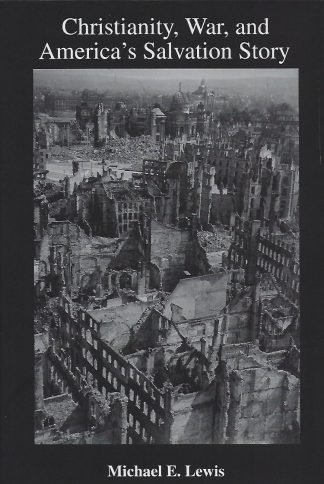