World War I was one of the worst times of persecution against Kingdom Christians in the United States.  This book tells the moving story of Verne Kessler, a nonresistant Anabaptist young man who was drafted into the army.  He followed his convictions in camp and was sentenced to 25 years of hard labor at military prison Fort Leavenworth.  This book compiles his diary, his later writings about his experiences, and the letters which he and his wife and other relatives and friends wrote to each other while he was in the military training camp and in Fort Leavenworth.  It gives a glimpse into the life of nonresistant Christians during the trying days of persecution during World War I. 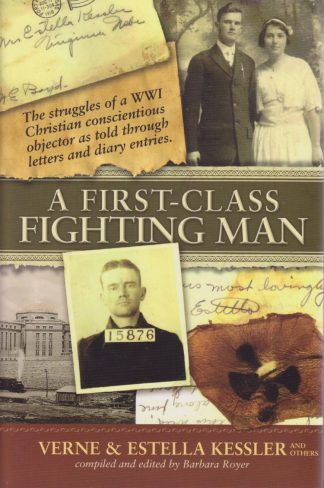 You're viewing: A First-Class Fighting Man $27.50
Add to cart